Nam Vo‘s glow is so bright, it’s nearly blinding. Famous for her “dewy dumpling” highlighter looks, the longtime makeup artist is the master of shimmering, glassy complexions. (See her video with RHW for evidence.) Here, she opens up about her makeup kit, her surprising beginnings, and her unexpected foray into the world of product. 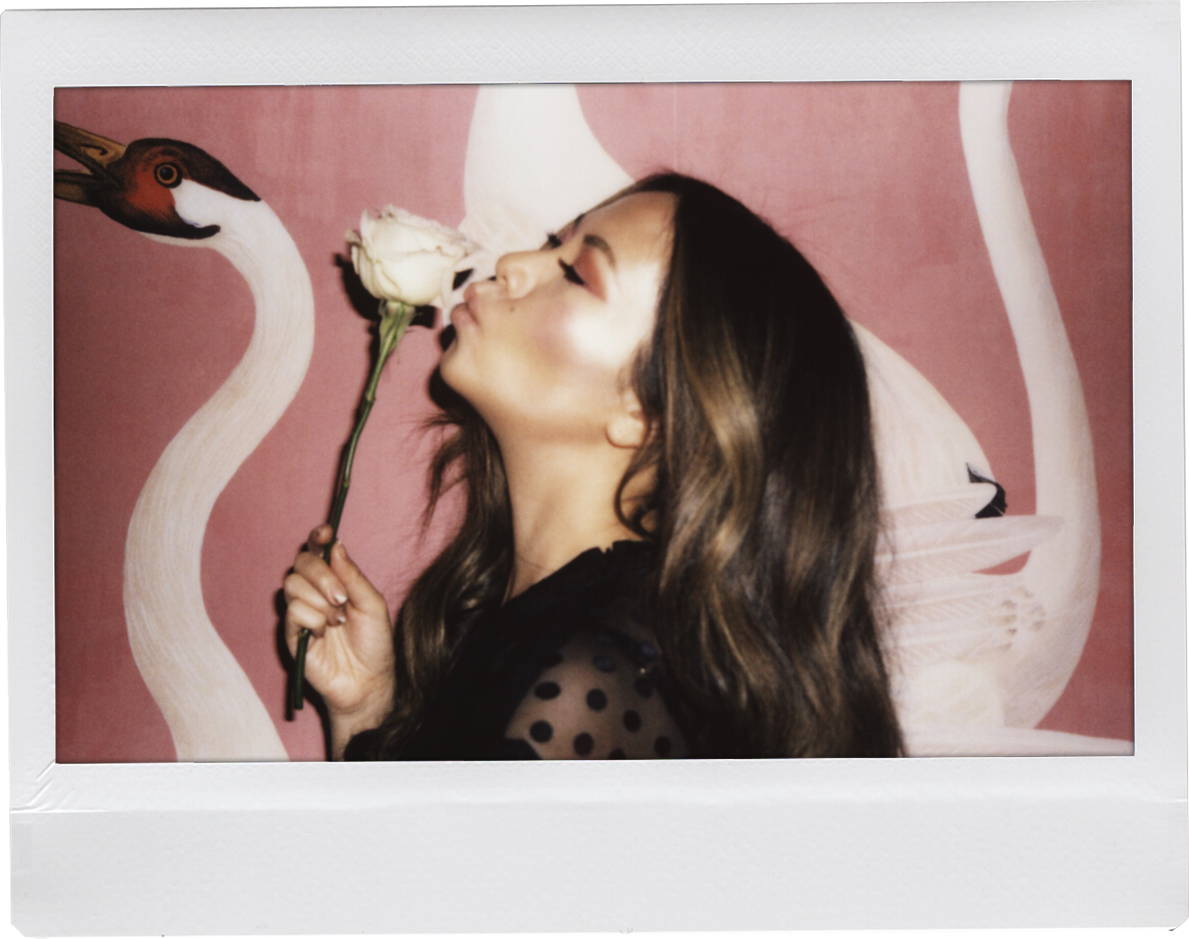 You began your career working at a strip club, correct?

Yeah. I was a starving artist in New York. Unless you have mommy and daddy to support you, it’s tough there. So I had odd jobs. I’d do stripper makeup on weekdays and bridal makeup on the weekends. Brides and exotic dancers made me, funnily enough. They’re the pickiest people in the world. With brides, it’s the day they’re expecting to look the most beautiful, so it’s a lot of pressure. And then strippers are celebrities in their own right. If I’d had all the easy jobs—working with supermodels and doing whatever I want—I don’t think I would be as strong in my craft. A lot of it is not about makeup; it’s about energy and personality. Good energy reads the room well, and for me as a makeup artist, I know when to talk and when to shut the fuck up.

And now you have 200,000 followers on instagram and are shooting big campaigns. Not bad.

Well, my career has really taken a turn in the last year or two. I tell everybody that I used to just be a makeup artist, but what’s funny is that I look at my schedule for the next three weeks, and fifty percent of the time, it’s me as the model or me in front of the camera. I’m very flattered—and it’s a lot of work, especially when I’m working with brands. I try to come up with creative conceptual looks, and each brand voice is different. It’s challenging, but I enjoy it. 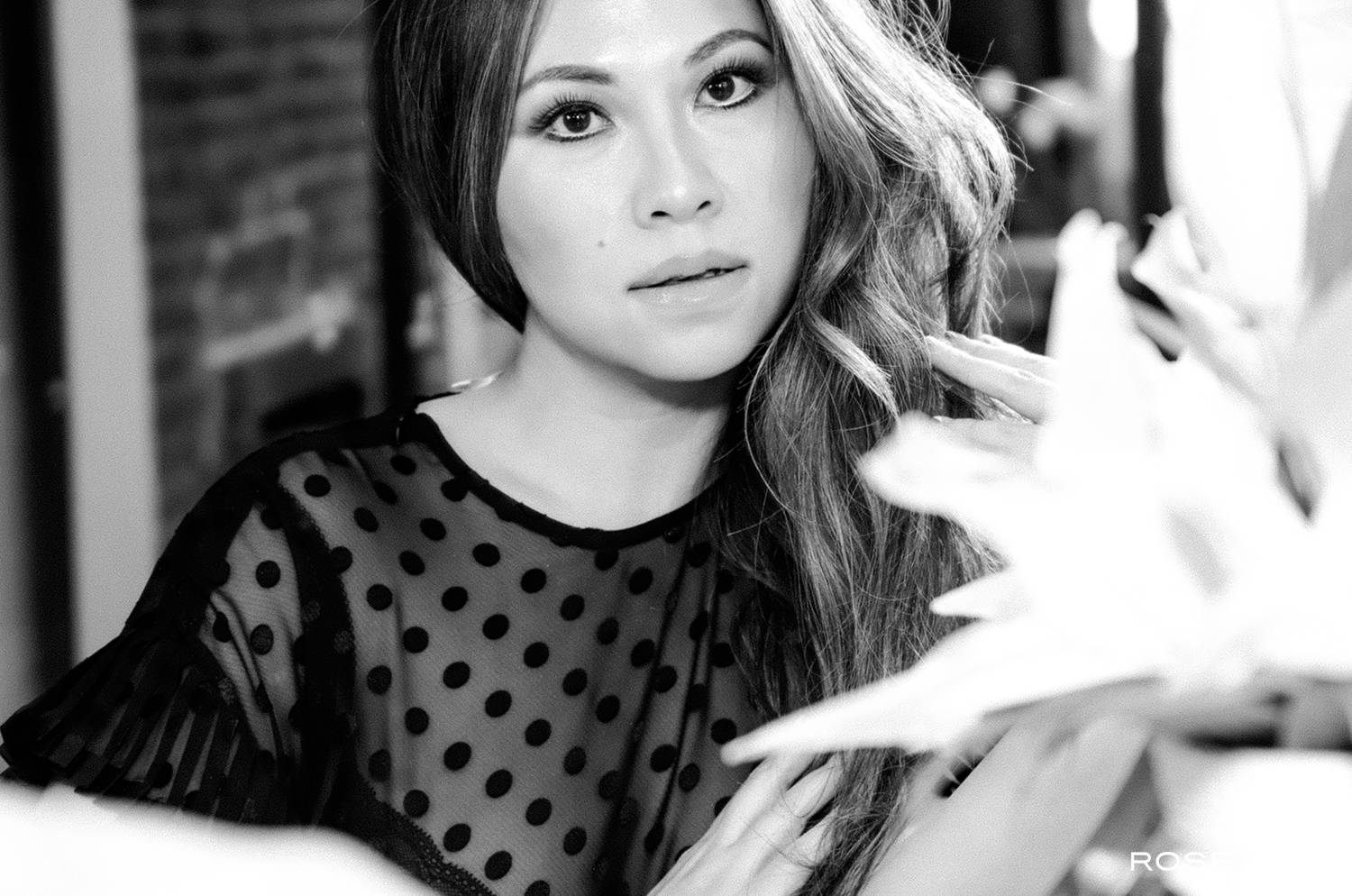 How can people create the Nam Vo glow? Are there shortcuts?

You need the glow job? The glow job is not fast, honey!

Fair enough. Can you share your Cliff Notes version, then?

It depends, though, because a lot of my looks are a little bit more editorial. Most people are not going to wear blinding highlighters that are going to burn out your corneas. At the end of the day, beautiful, radiant skin is timeless and everybody wants it. Glowing, healthy skin is universally beautiful and that’s not a trend. So when it comes to dumpling makeup, it really comes down to your comfort level. I always tell people that when it comes to glowing skin, it’s less about the makeup and more about the skin. The more you invest in skin care, the less makeup you’re going to have to wear. It’s actually counterintuitive. People always ask me for makeup product suggestions, but I think that instead of using makeup first, work on creating that healthy, beautiful skin. Then your makeup is going to perform better, look better, and you can wear less.

Okay, so how do you do that?

If I’m honest, you win the DNA lottery. Otherwise, having good gut health plays into your skin. Alcohol is bad for it. For sunscreen, I love Supergoop. I’ve been wearing sunscreen every day of my life since I was 10 years old, because my mom’s that amazing. As an Asian woman, that’s in my DNA—we’re already neurotic about our skin. I know that not everybody can afford fancy skincare products, but for me, it’s less about my day-to-day regimen. I do a lot of peeling, masking, and evening exfoliating. As a makeup artist, I’m a little bit different because I get skin-care products and it’s my job to try things. What my skin-care regimen is today will be completely different from what it will be two months from now. Exfoliating, getting facials, and massaging are all important ways to stimulate the skin. Sometimes I’ll start rolling it with like my ReFa and I think that makes a huge difference.

How does skin prep factor into the dewy dumpling look? What do you use before the first drop of makeup goes on?

It depends. If I’m doing one of those wet editorials, and I want the skin to look like glass, I’ll do layers and layers of oil and roll it with a gua sha or another tool. But for a red carpet, I’m going to pull back on oils because under the hot lights, the skin will look greasy. Whatever I do, I do it in layers. Or if you have texture to your skin and you’re oily, I’ll use a fuller-coverage foundation like the new BeautyBlender foundation, and target the glow. I’ll put some [highlighter] in the corner of the eye, the tip of the nose, the high of the cheekbones. 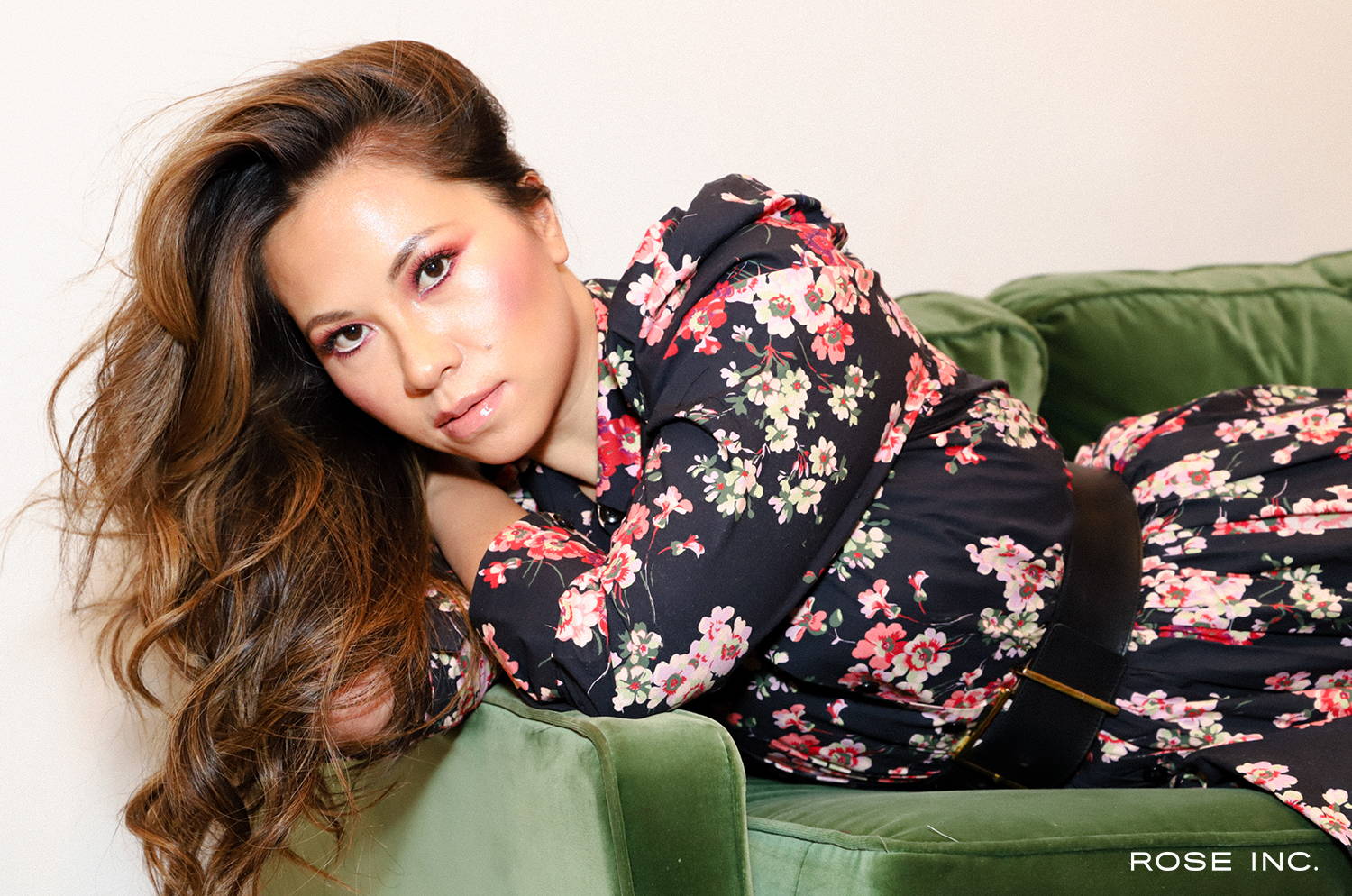 How do age and skin texture factor into the way you do makeup?

When you’re 20, you could glow all over, versus when you’re 50 years old. At 50, you might have crows’ feet or texture around the mouth, and I wouldn’t want to highlight those areas. For example, if someone has very porous skin, I might go in with some Ole Henriksen Banana Bright Primer, where there’s no shimmer.  If I want the skin to just look wet, I might do a Nudies All Over by NudeStix where it looks wet and reflective. If I want it really shimmery, then I might do Marc Jacobs Dew Drops.

Do you ever think about creating your own product line?

I actually have a product coming out. Everybody thinks that I’m going to do a highlighter or makeup, but I think that’s so predictable.

So what's it going to be, then?

It’s a clothing line. I’m doing a collaboration with my friend Yumi Kim. One piece has little dumplings on your nipples. 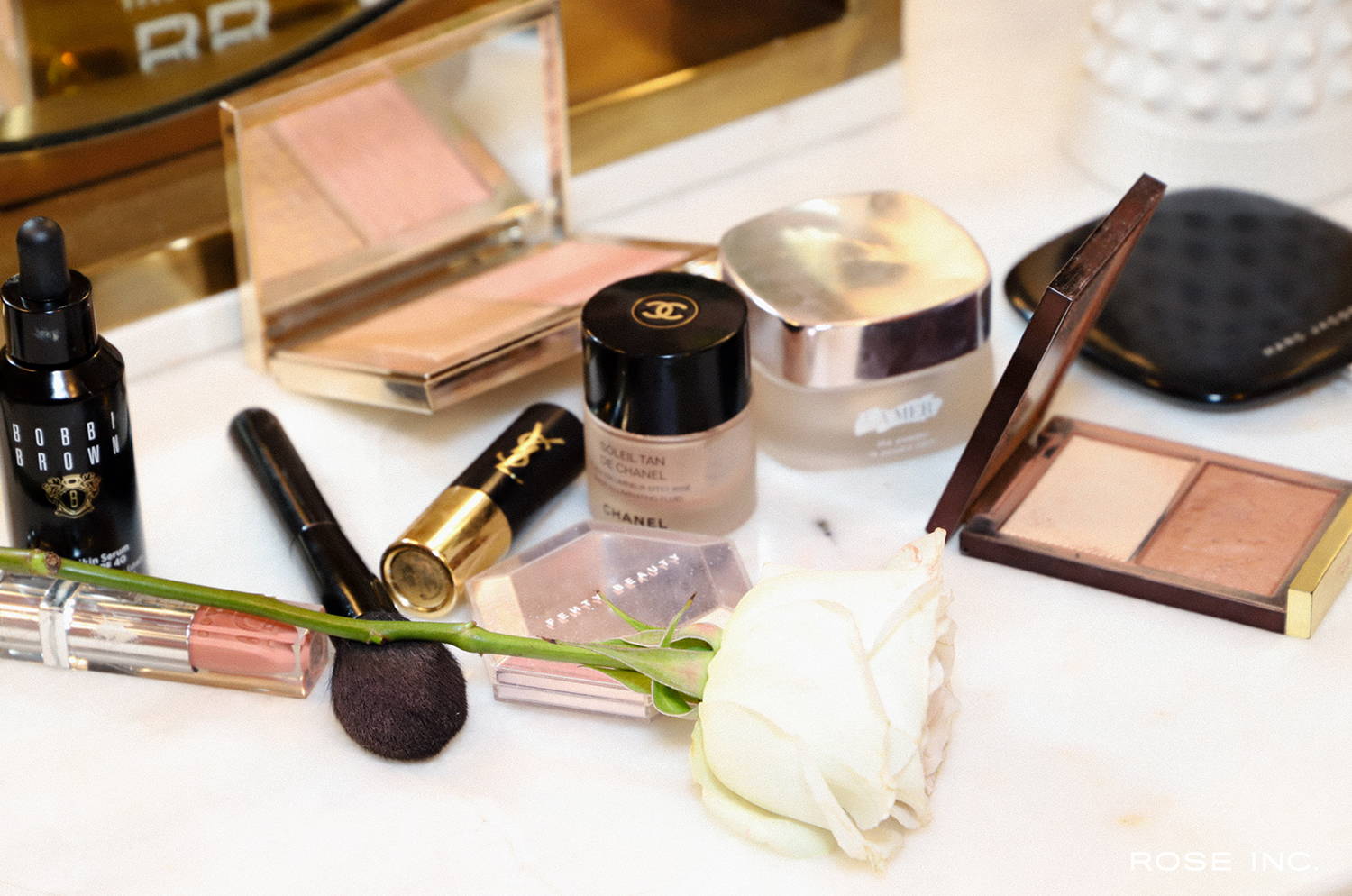 Can't wait to see it. Makeup artistry is a demanding field. Do you feel like you've made it?

It’s been a really rewarding year. And the growth is kind of funny because my advice to other makeup artists is always “Do you.” I mean, I didn’t buy into the over-the-top makeup trends that happened. I just stuck to my own aesthetic. I’m glad that I never sold out because it’s who I am. Instagram is a bit of a weird thing. I don’t see myself as famous by any means. But earlier today, I was at Fred Segal and somebody was like, “I’m a dumpling!” It’s tremendously rewarding. But I’m not gonna lie, it’s a little bit weird, and social media is the Wild West.

The other night, I had dinner with my friend, who’s an agent. We were talking about all these huge makeup artists in the ‘90s and now they’re not working anymore. So I’m realistic about it. I don’t take anything for granted. I also know that this business is very fast-moving. People might achieve a certain level of fame, but maintaining your reputation is a lot of work. My golden rule is that I don’t just cash checks. In the beginning, maybe two years ago, I got excited because all these brand deals started coming along. And I was like, “Yes, I’ll take this check, and that check, and that one.” But now that I’ve done some deals, I’m selective. If it doesn’t make sense for my aesthetic, I don’t want to water down my brand. I’ve had to step back and become more mindful about it.

When i die, it's going to be about the coffin glow.

How do you manage to do that with social media?

One thing that I can teach women is that trends come and go. Obviously, healthy skin is forever, but I think social media kills people’s idea of what beauty is, because it’s not realistic. Women have to keep in mind that when I’m doing these over-the-top editorial glows. Most women are not going to put on four highlighters, and I’m realistic about that. I mean, I love beauty and I love glamour and I love aspirational things. But at the end of the day, I think that it really comes back to self-love. 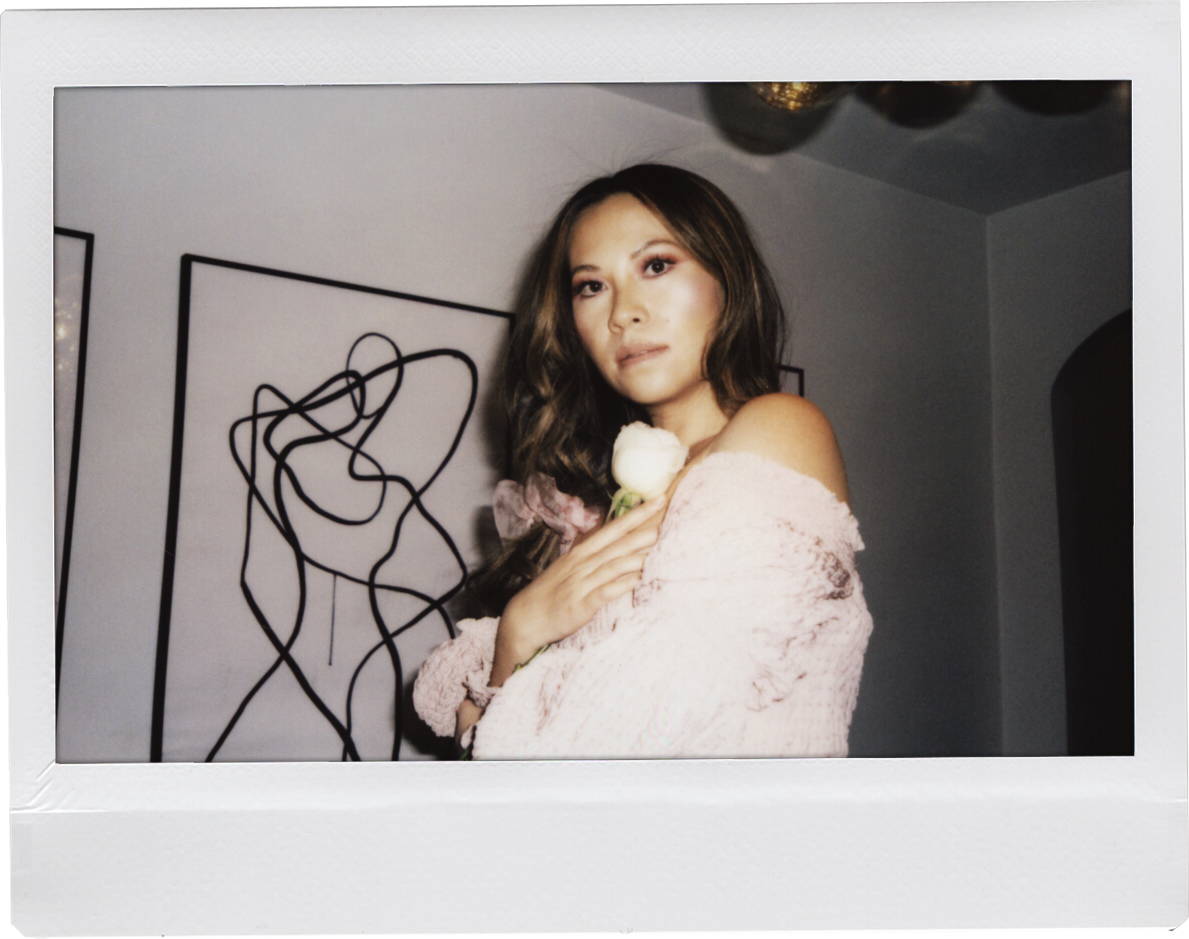 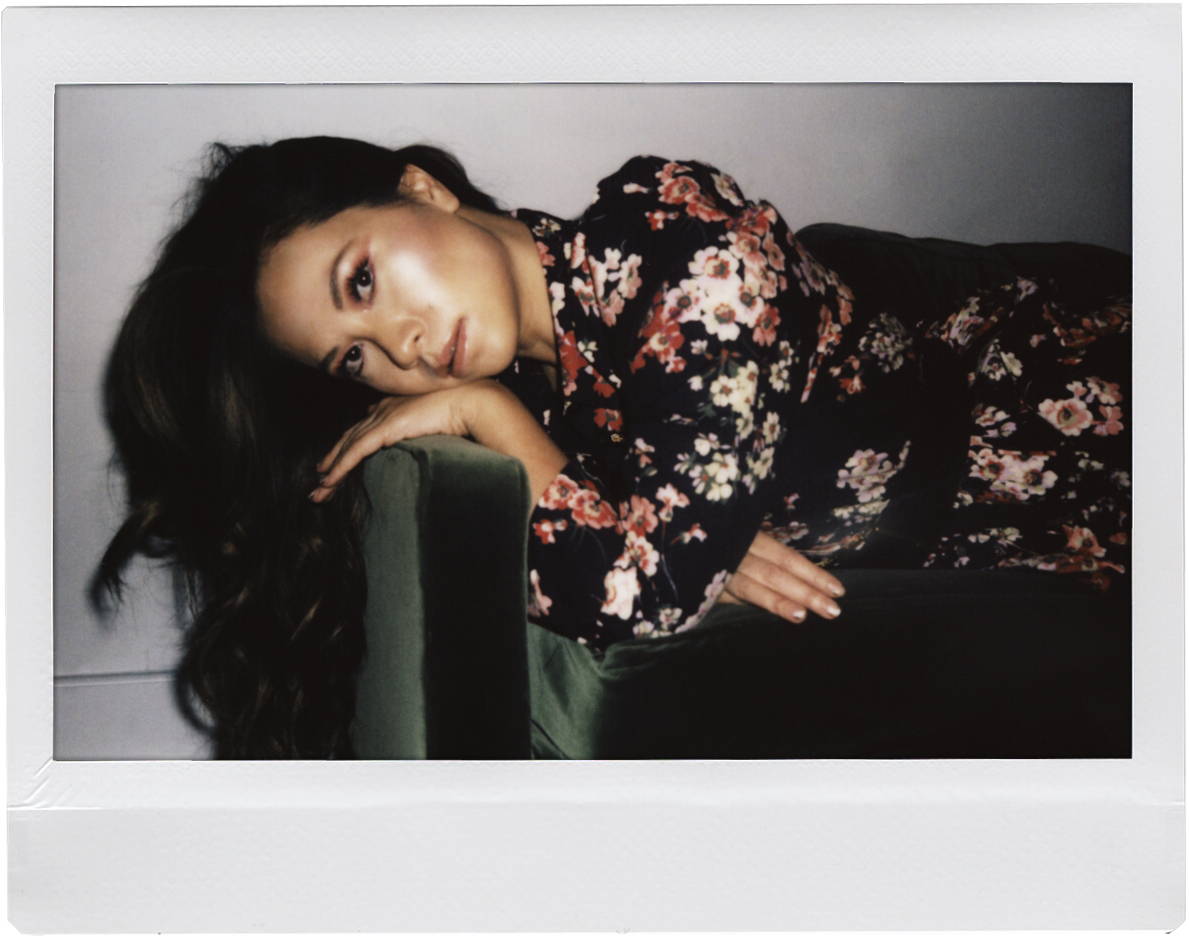 You've been called the "Queen of Glow". What does glow mean for you?

Photographed by Ford. Interview conducted and edited by Annie Tomlin. INTERVIEWS How Folasade Adeoso Began Her Season of Healing EDUCATION How You Apply Sunscreen Matters, According to the Pros EDUCATION What Makes a Sunscreen Safe? An Expert’s Guide